ALL 4 rarity heroes are at max level (99,) and the automatic XP gain stopped at around ee65 light points, but you can still get 1e100 (?) XP by manual performing infinity.

Start to 1.0 in 7h06m... gonna play a little longer to see how many Infinity Upgrades I can manage... sped up a bit with auto-clicking the Points button and the XP button and more efficient (cheaper) hero purchases... 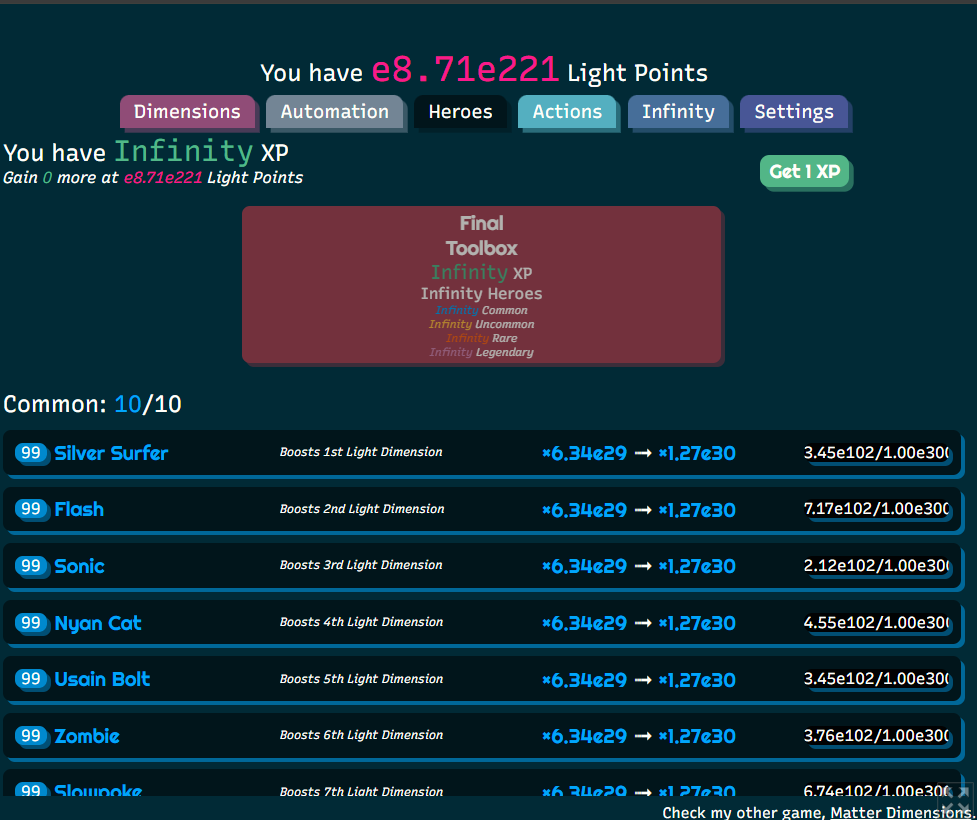 I hope i got the world record for the fastest win

Image broken in 3 days... and hidden behind a captcha

why deleting "get darkness point" button breaks the game?

What do you mean?

The version said that button was useless so I deleted it, game lied to me

You might have deleted it too hard and broke something in the process. Please use only developer-approved patches.

The button tells you what the next patch will do. When you upgrade to it the button will be gone, you're not supposed to do it yourself

why this game isn't hevily inspired?

game says i have points but no amount how to fix?

If it does not go away after page reload: which browser (+version) are you using?

I use google on the latest version

That is extremely strange.

Are there any errors in console when you open the page? (you can open console by right-clicking anywhere and selecting "Inspect Element", then switching to Console tab)

It's such a ridiculous thing to omit. If I don't remember the previous change log.. then I literally can't see the changes that I'm currently "in"

It's a really weird oversight. Just being able to see the changes for the current version would be sufficient. And I'd rather see them than the next ones if I only had to see one at a time anyway.

I think the changelog is just bugged. You must have intended for it to show the updates in the current version.. not the next one.

You probably don't realize that it's showing the *next* version's changes and not the *current* version's. So you may not understand why people are whining about it. It's super broken and annoying as it is. And I suspect you intended it to show the current version's features.

It would be useful and logical then and is useless and weird the way it is.

No, it was actually intended to show next version changes, because this way it shows the effect of clicking the button (also, if it showed the current version, the changelog will be empty at at the first update, creating another sort of confusion: what does this Version button even do?). 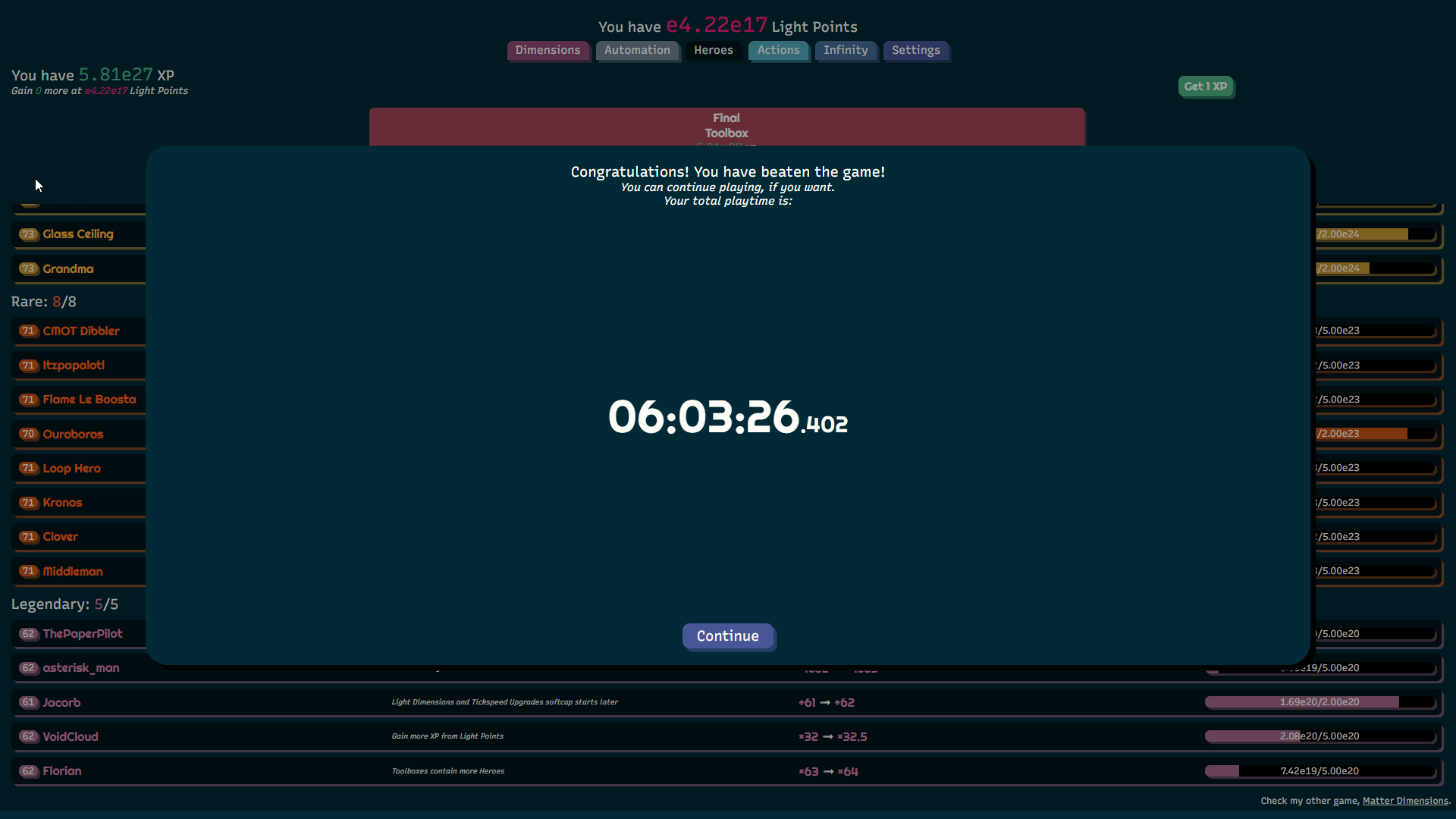 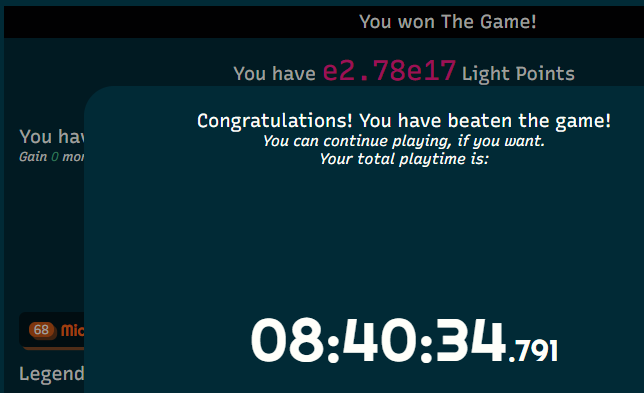